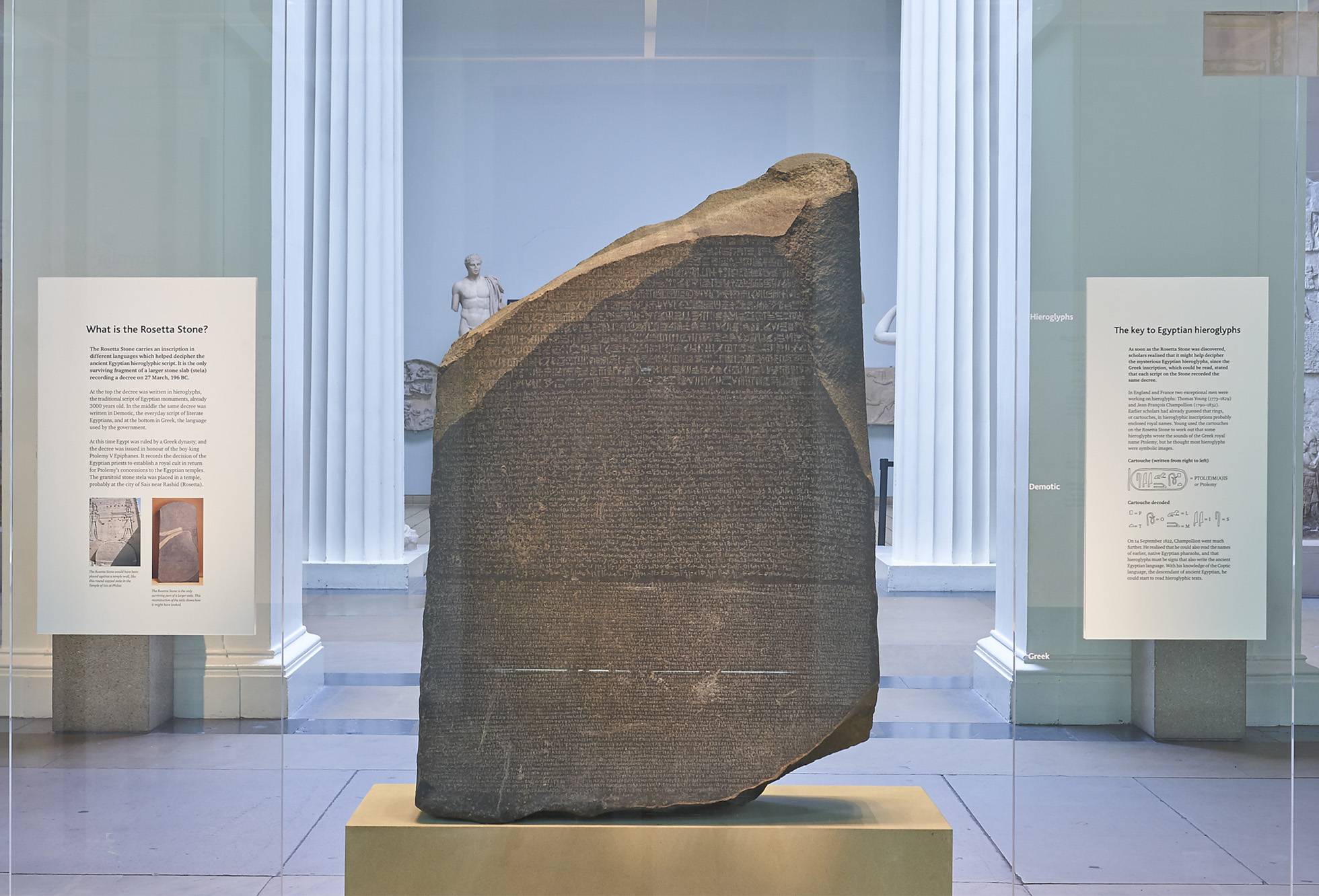 British Museum
Brand refresh and website for Webflow, an US company, based in San Francisco, that provides software as a service for website building and hosting.
Year
2021
Credits

A granodiorite stele that dates to 196 BCE, the Rosetta Stone may be the single most influential Egyptological discovery in history. Carved with a dynastical decree in 196 BCE in Memphis, Egypt, it bears the inscription of the same message in three scripts: Ancient Egyptian Hieroglyphics, Demotic scripts, and lastly ancient Greek. While today it seems commonplace to translate hieroglyphics, in 1799 when it was discovered, hieroglyphics remained yet undecipherable.

Found by a Napoleonic expedition near Rashid, then Rosetta, Egypt, the find was an instant sensation in Europe where Egyptomania had gripped the population. The notion that it could be used like a key to decrypt ancient Egyptian scripts began to be reported immediately after its discovery, though that process actually took 25 years to gain good proficiency.

Two years later, in 1801, British troops arrived in Egypt, eventually overtaking the French regime. Among the spoils was the Rosetta Stone, and though the French presented lengthy arguments as to why it should remain the property of France — one scholar, Étienne Geoffroy Saint-Hilaire, even declaring he preferred the cache of stolen Egyptian artifacts to be burned rather than hand them over to the British — the stone became the property of Great Britain and remains so to this day. It resides in the British Museum from which Egypt has not yet successfully secured its return.

No items found.
Next Project
or explore all projects
The Benin Bronzes
Looty Dog
Dogon-Soninke figure